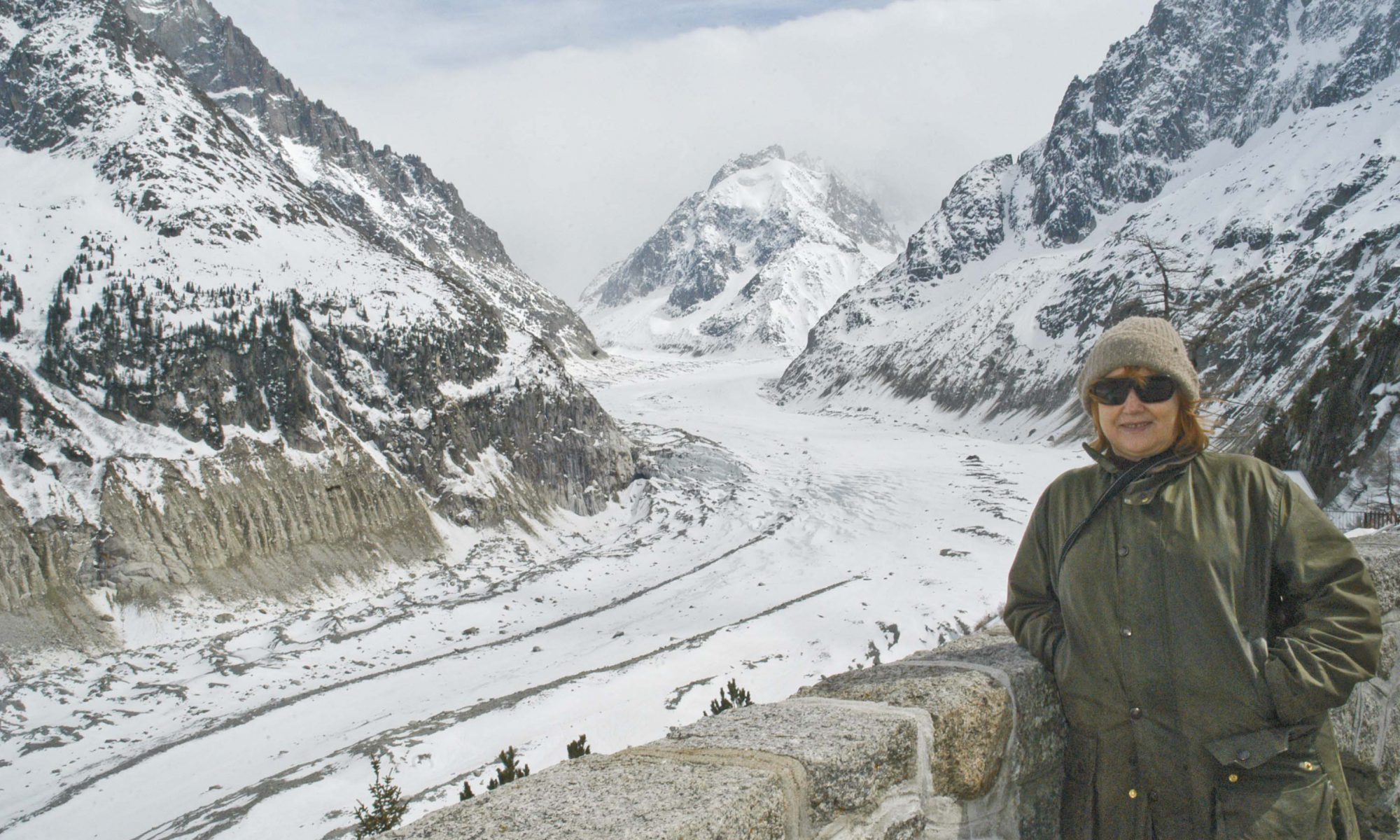 Sixth-generation Australian (yes, they were Irish convicts) Lesleyann grew up in Southern Cross, Lake Grace and Kalgoorlie before settling in Perth.

She had won a scholarship to Perth Modern School, which was never taken up. Instead she went to Kent St High School, matriculating with five subjects, and did one year of an Arts degree at the University of WA before dropping out to focus on a career as an advertising copywriter.

She worked in radio for a few years before meeting Dennis, who persuaded her to visit Melbourne, where he was headed.

Overwhelmed by Melbourne’s sophisticated offerings (the notorious “six o’clock swill” notwithstanding), she decided to stay, and she and Dennis later married there. They then sailed to England, her first time overseas. Their son Mark was born in 1966, and after a period of stay-at-homeness she went back to work, at first in the Printing Section at ICI in Slough producing leaflets about paint and the staff newsletter, then as a copywriter at King & Hutchings newspaper group in Uxbridge.

On their return to Australia in 1971, she joined the publicity department at Channel 7 before moving back to radio for several years, interspersed with a stint at an advertising agency.

By this time Dennis’s electronics columns were covering a wider range of subjects and filling myriad pages in News Ltd papers all over the country, including the Weekend Australian. He needed some help, so he got Lesleyann to take over writing about home appliances focused to the kitchen, such as microwave ovens, that were news, then when movies came out on videotape, she wrote a video review column.

This extended to feature writing and eventually to sub-editing where she found her forte.

Meanwhile, back in 1979, while still in radio, Lesleyann was finding the work unchallenging so Dennis pressured her to return to university. He dragged her to UWA to enrol as a mature age student – only to find that they still had her student number and academic record. She signed up to do a BA part-time, over the years studying French, Australian history, Anthropology and majoring in English.

Not satisfied with graduating with a BA Hons (English) she later returned to study full-time for a Master of Philosophy (Australian Studies). But although it was tempting to go on to do a PhD, she declared that, after 12 years studying, off and on, she was over it. But some years later she did return to do a Post Grad Diploma in Modern Languages.

She joined The West Australian Newspaper group and for 20 years worked in features, writing a gossip column and book reviews as well as working as a sub-editor.

When a new software system was introduced to the West and sub-editors were reassigned to different sections, she decided to pull the plug and retired in 2007. She and Dennis moved to Bridgetown and built a house on the land they had owned for 25 years before heading to France where she entered an International college to study French language and culture.

After their time in France, where Lesleyann received a diploma from Lyon university (thought she was over studying?), they returned to Bridgetown and Lesleyann was offered casual subbing at the South Western Times in Bunbury, 100km away, plus the odd stint as a reporter on the Manjimup-Bridgetown Times (only 35km away).

Then not wanting to loser her edge in French, in 2010 she started a Graduate Diploma in Modern Languages (French) at UWA, driving to Perth every week for lectures and tutorials (you can’t keep a perpetual student down). Graduation was in March 2013.

When not helping Dennis with his part-time journalism and landscaping she now puts her energies into singing with a group of locals at Sing Australia, local choir the Jubilee Singers, French Speaking group, walking group, Charity Op Shop volunteer and gym sessions twice a week.

Dennis complains her diary is so full he has to make an appointment to speak to her.